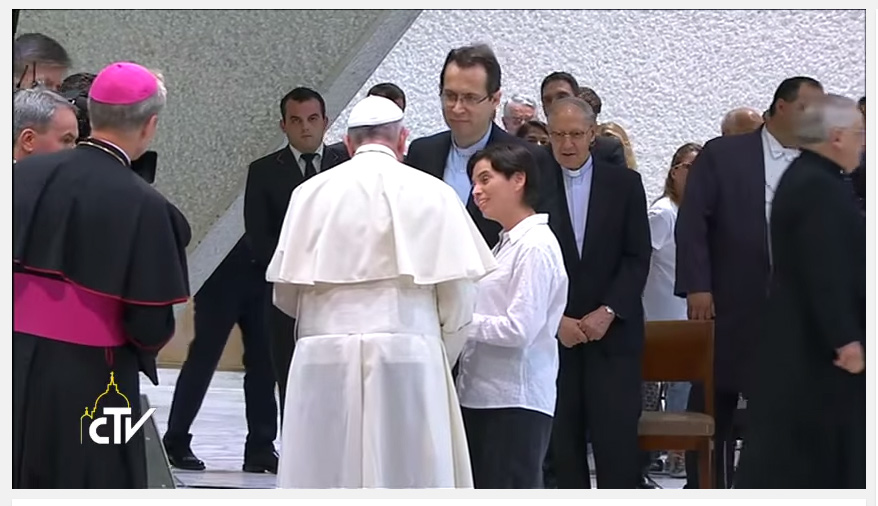 Together, we make each day different.

Click To Pray (1st version) is an App launched in November 2014 by the Apostleship of Prayer Portugal (with the Agency La Machi) to help young people to pray. On Friday Aug ust 7, during a Private Audience on the Centenary of EYM (Eucharistic Youth Movement) we presented to Pope Francis the draft of a new version of Click to Pray. EYM is the youth branch of the Pope’s Worldwide Prayer Network (Apostleship of Prayer). Friday 4 (March), for the event “24 Hours for the Lord”, we are going to launch the new version of Click To Pray and it will become the digital platform of the Pope’s Worldwide Prayer Network (in English, Spanish, Portuguese and French – for a moment). With this new digital platform (App Iphone/Android/Windows Phone, blog, Facebook, Twitter and YouTube) we hope to help large numbers, especially the young to pray with Pope Francis for the great challenges facing our world in this Year of Mercy. “Let us not underestimate the power of so many voices united in prayer!” – The 24 Hours for the Lord initiative (Lent 2015) – “By calling for an attentive listening to the word of God and encouraging the initiative “24 Hours for the Lord”, I sought to stress the primacy of prayerful listening to God’s word, especially his prophetic word”. – From the Message of Pope Francis for Lent 2016

Thank you in anticipation for your prayers and support this project.