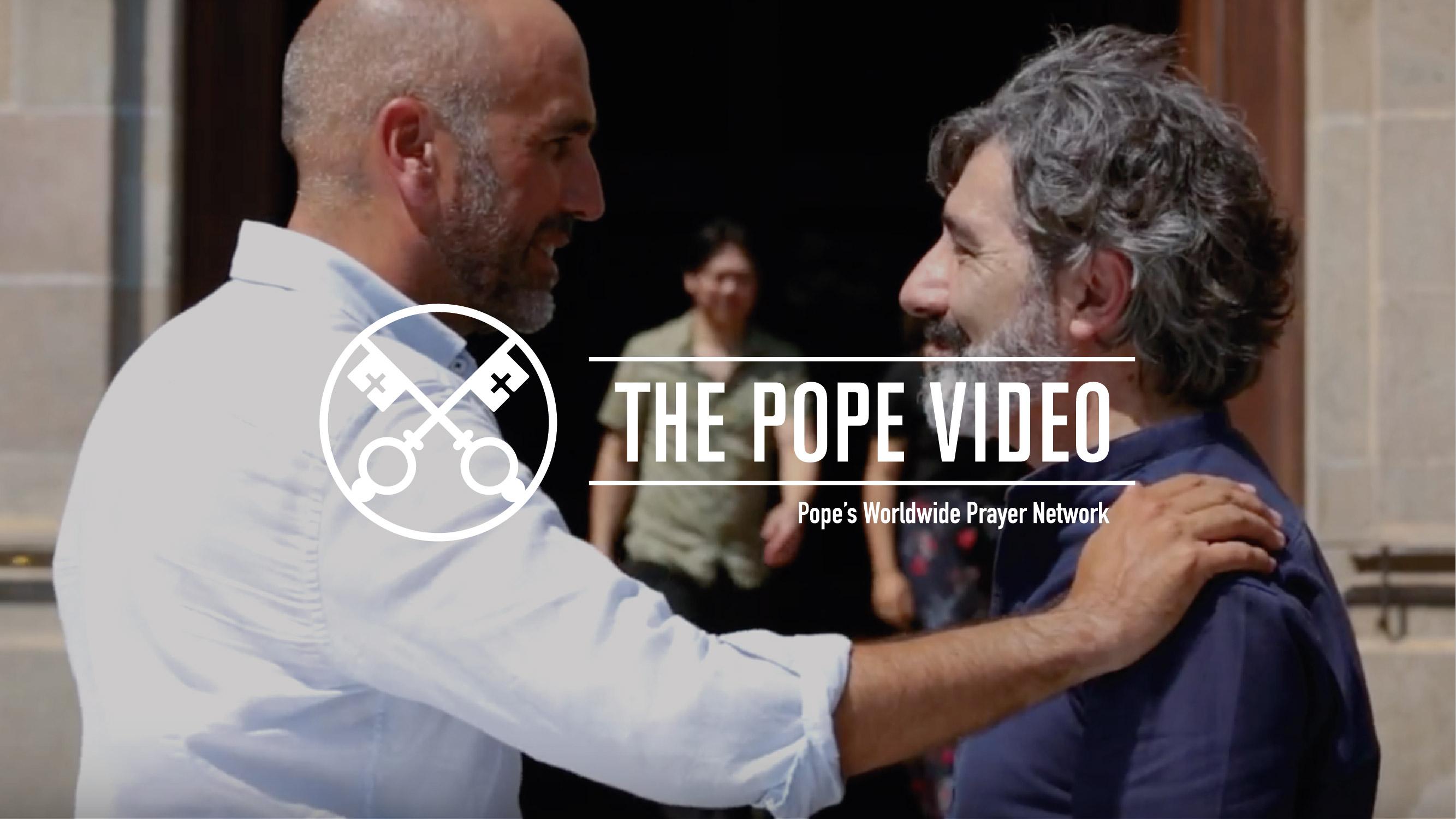 The Pope’s Worldwide Prayer Network is releasing the July Pope Video, in which Francis calls us to be close to people who have distanced themselves from Christ, and underlines the importance of joy in promoting the Gospel message.

VATICAN CITY, July 04, 2017— The Supreme Pontiff, in this month’s Pope Video from the Pope’s Worldwide Prayer Network, has shared his prayer intention for July. He asks that Christians who have distanced themselves from the faith not be left alone.

“Let us pray for our brothers and sisters who have strayed from the faith, through our prayer and witness to the Gospel, may rediscover the beauty of the Christian life,” Francis exhorts in the video. “In these moments, we must not leave him alone! We should offer him Christian hope — with our words, yes, but more with our testimony, with our freedom, with our joy.”

The Holy Father emphasizes the importance of transmitting joy as a way of accompanying people who, for whatever reason, have distanced themselves from the Gospel message and Christ’s teachings.

He stresses that when a Christian becomes sad, it is a sign that he has distanced himself from Jesus.

With more than 2.2 billion Christians in the world, Francis proposes to go beyond the concrete reality of the Catholic Church and again calls our attention to accompanying those who might be living a crisis of faith.

Among his exhortations, the Pope also urges us to offer a path of hope through our personal testimony and the use of our freedom.

“The concern expressed here by the Pope is not new,” said Jesuit Father Frédéric Fornos, international director of the Pope’s Worldwide Prayer Network and its youth branch, the Eucharistic Youth Movement. “In 2013, in his encyclical Lumen Fidei — carrying on the work of Benedict XVI — Francis warned of the danger of losing the faith. ‘There is an urgent need,’  the Pope said at the beginning of that document, ‘to see once again that faith is a light, for once the flame of faith dies out, all other lights begin to dim.’

“In the Gospel of St. John, Jesus says, ‘I came into the world as light, so that everyone who believes in me might not remain in darkness’ (John 12:46). Faith in Jesus Christ has the capacity to illuminate the whole of our existence. It is like a ‘light for my path’ that leads us to green pastures and, even in the midst of difficulties, makes our cup overflow with joy (Psalm 23).”

About the Pope’s Worldwide Prayer Network (Apostleship of Prayer)
For over a century, the Apostleship of Prayer has been publishing to the world the prayer intentions entrusted to them by popes. Now, in its process of recreation, the Pope’s Worldwide Prayer Network emphasizes its role of communicating the prayer intentions and leveraging new media and tools. Its mission is to unite people in prayer and service in response to the challenges facing humanity which the Holy Father expresses in his monthly intentions. Those who participate in this network are encouraged to become apostles in daily life through a spiritual path called “Way of the Heart,” transforming those who take that path in the service of the mission of Jesus Christ. Founded in 1844 and present in over 98 countries, the Apostleship of Prayer unites more than 35 million people in its network, including its youth branch, the Eucharistic Youth Movement. For more information: http://www.popesprayer.va/.
About La Machi
The Pope Video is an idea of La Machi, a creative boutique specializing in communication to advance good causes founded in 2012, with offices in Barcelona, Buenos Aires, and Rome. Its mission is to help companies, NGOs, and religious institutions communicate their philanthropic purposes. It specializes in strategic communication, creative advertising, digital development, and fundraising. La Machi has been recognized as a “Friend of Project Red” (RIIAL) and won the 2015 & the 2016 Mercury Prize for Best International SME of Marketing, awarded by the Argentinian Association of Marketing. For more  information: http://www.lamachi.com/en.