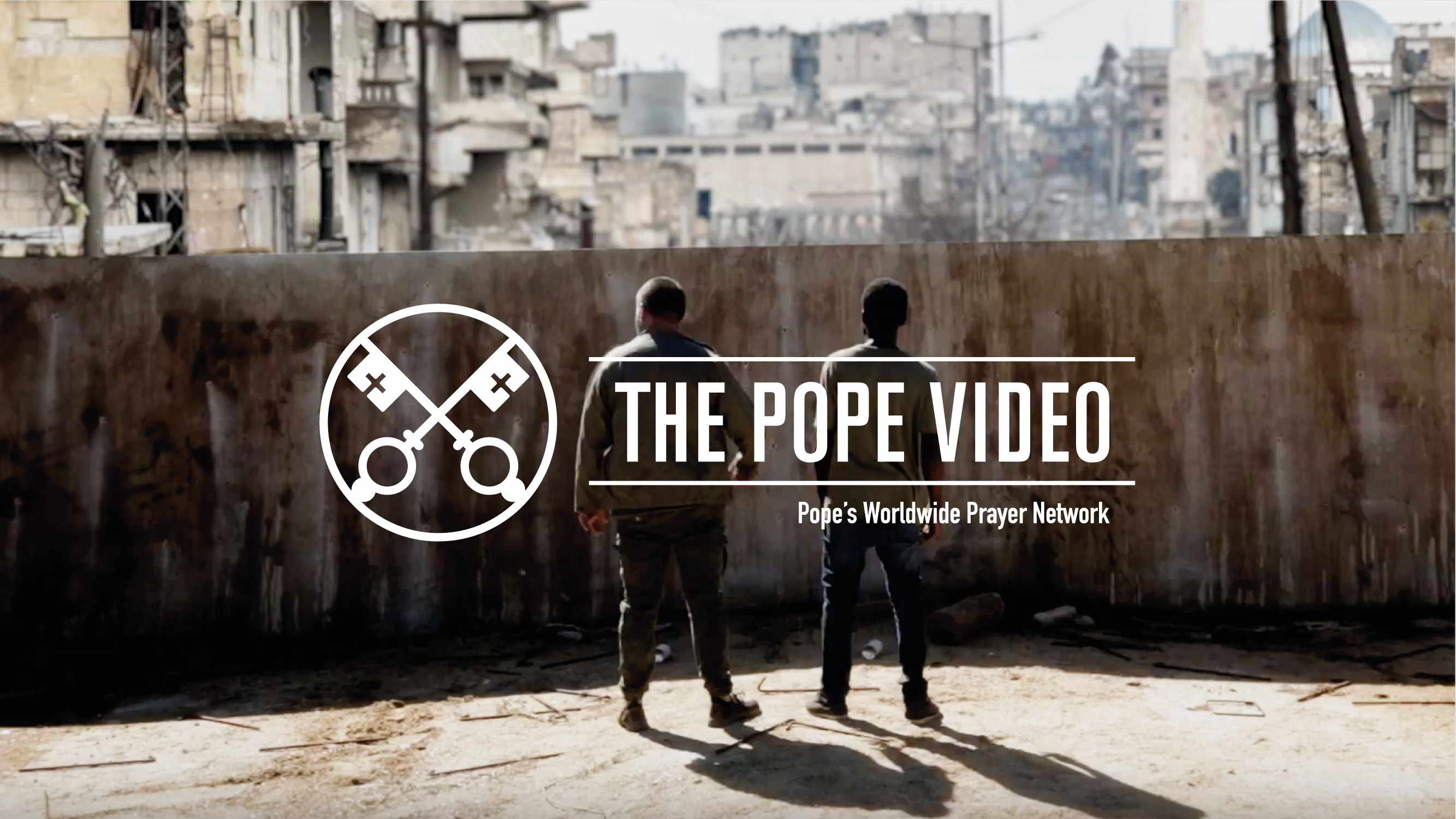 The Holy Father Pope Francis invited the world to practice peace in the little things and in social dealings. He also insisted on the need to build peace in a way that includes young people and children. This was his message in the November 2018 edition of The Pope Video, a project of the Pope’s Worldwide Prayer Network.

(Vatican City, November 6, 2018) – In the November edition of The Pope Video, Francis invited the world to live peace starting in each person’s own heart, and to substitute violence with dialogue. He also underlined the importance of practicing this peace in our dealings with others.

“Let us pray together that the language of love and dialogue may always prevail over the language of conflict,” said the Pope. “We can speak with splendid words, but if there is no peace in our heart, there will be no peace in the world,” he underscored.

The Pontiff highlighted the value of knowing how to listen when communicating with others, and of adapting to different contexts, as Jesus did.

According to the UN, 90% of the civilian victims in armed conflicts are women and children, and its June 2018 report specifies that during 2017, 21,000 acts of grave violence against children were reported. The United Nations Agency for Refugees estimates that since 1948 there have been more than 52 million refugees and displaced persons due to armed conflicts.

“With zero violence and one hundred percent tenderness, let us build the evangelical peace that excludes no one,” said the Pope. “Let us pray together that the language of love and dialogue may always prevail over the language of conflict,” he added.

The Latin American Episcopal Council (CELAM), echoing Pope Francis’ invitation, launched a campaign called “We need everyone: Zero Violence, 100% Tenderness.” This ecumenical social mobilization is taking place across all of Latin America and the Caribbean, from Mexico’s northern border with the United States of America down to Patagonia. It denounces the varied forms of violence perpetrated against children, and proposes tenderness as the path for promoting the life and dignity of the youngest among us. The Eucharistic Youth Movement (EYM) in Latin America and the Caribbean is supporting this campaign as well.

On his part, Fr. Frédéric Fornos SJ, international director of the Pope’s Worldwide Prayer Network (which includes the EYM), said that “peace among peoples begins in our daily dealings with each other; when I meet someone on the street, seeing his face and meeting his gaze, and especially when the other is different, due to his language and culture, his unfamiliar attitudes, and when he is what we call a ‘foreigner.'” “Peace and concord among the peoples of the earth begins like this, on the streets, in our homes, in my activities and in my family, rejecting fear of the other and respecting him,” he added.