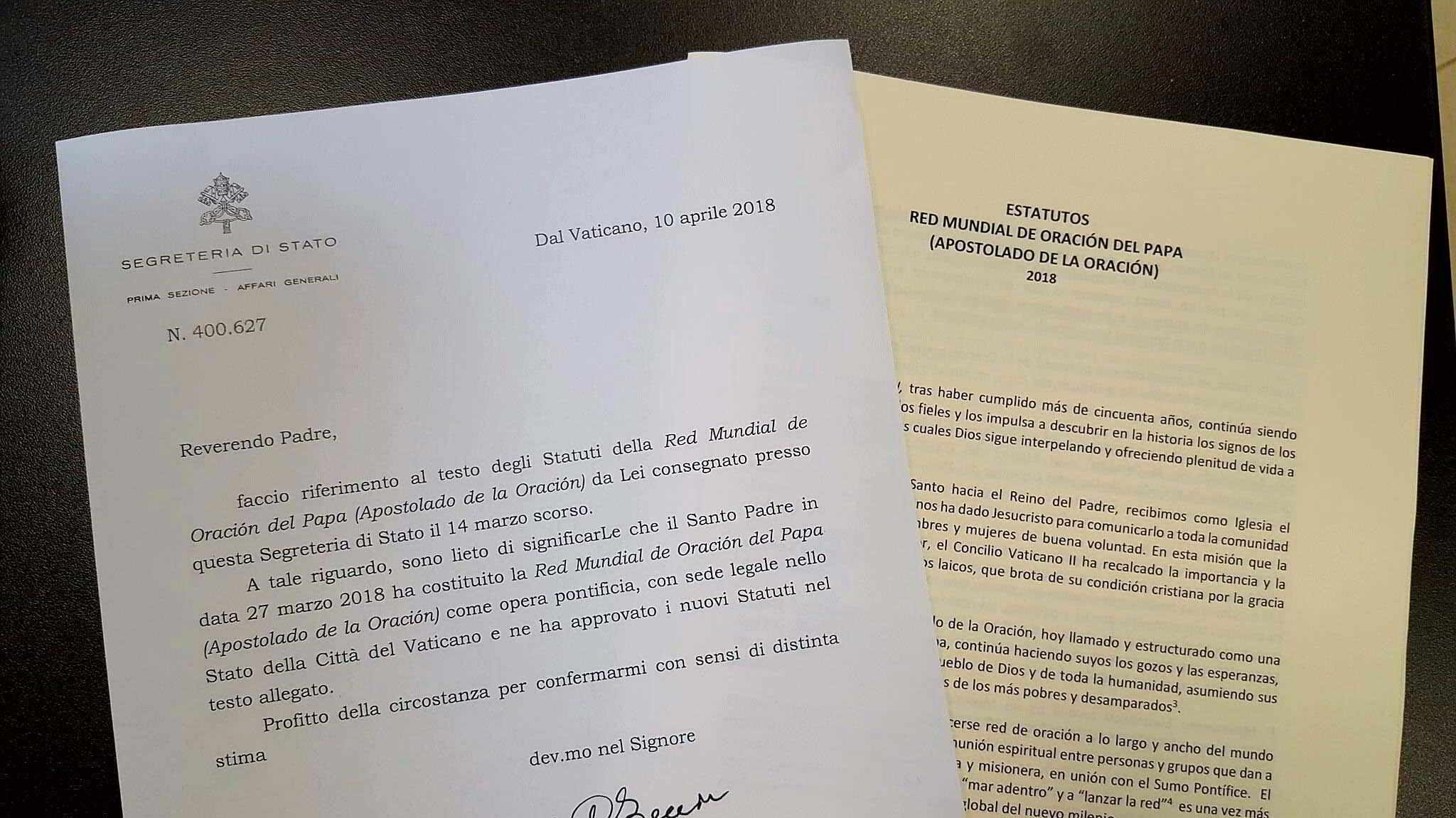 Mons. Angelo Becciu, Substitute for General Affairs of the Secretariat of State, in his letter N. 400.627 informs the General Curia of the Society of Jesus:

“The Holy Father, on March 27, 2018, has constituted the Pope’s Worldwide Prayer Network (Apostleship of Prayer) as a Pontifical work, with legal headquarters in the State of Vatican City, and has approved the new Statutes in the text attached”

Pope Francis, in appointing the International Director of his Worldwide Prayer Network, in the letter to the bishops of July 7, 2016, asked for “an update of these Statutes in relation to the recreation process that is taking place”. We will send you the new statutes as soon as the English translation be finished.

We thank the Jesuit General Curia and Father General Arturo Sosa SJ for their support.