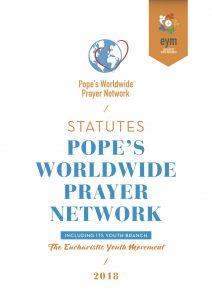 27 March – Pope Francis approves the new Statutes (which include the Eucharistic Youth Movement) and establishes the Pope’s Worldwide Prayer Network as a pontifical work with its legal headquarters in the Vatican State, and entrusted to the Society of Jesus.