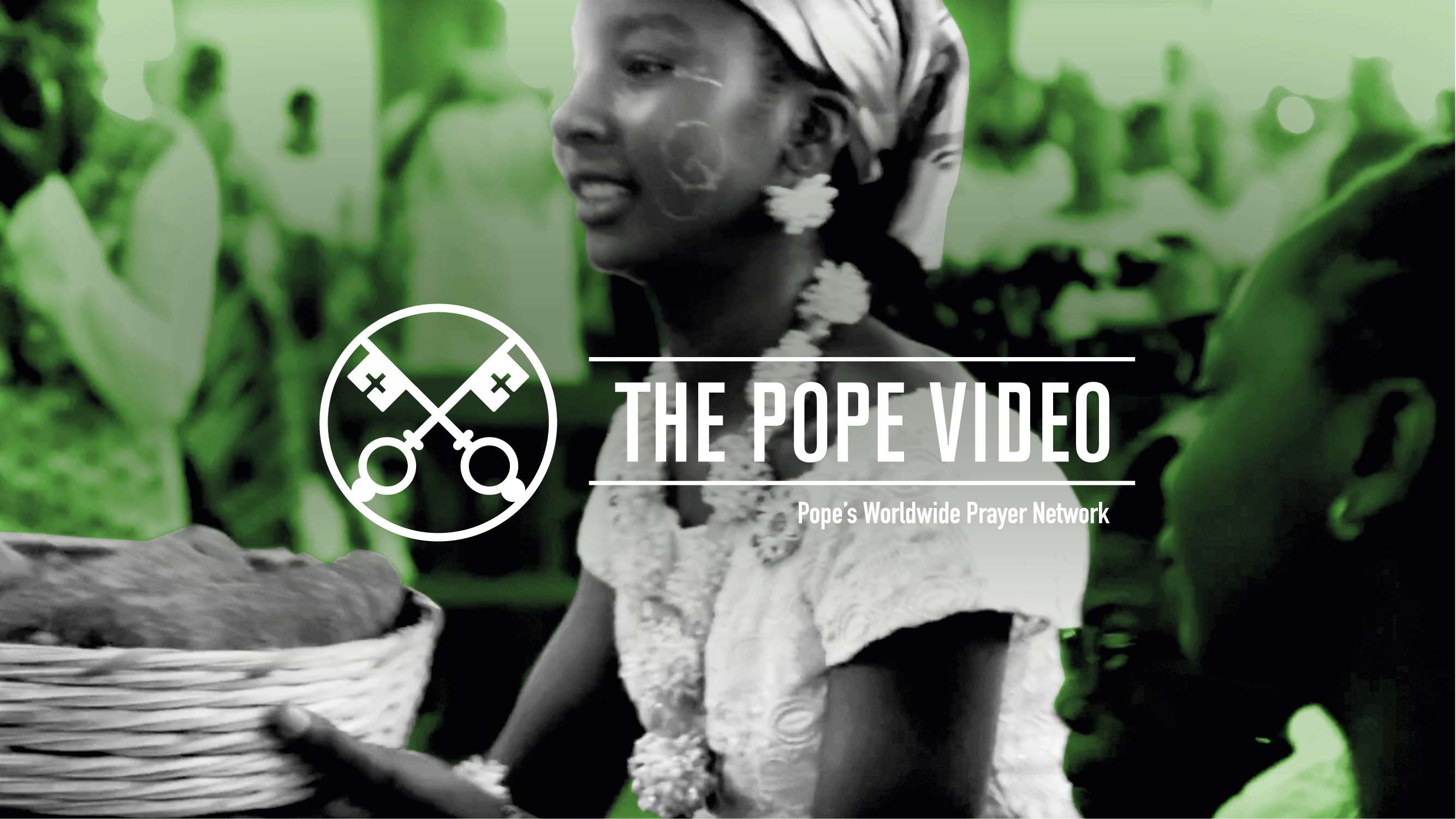 In The Pope Video for May, Francis thanks the religious sisters, priests, laity, and missionaries for their work to create dialogue and reconciliation among the various sectors of African society.

(Vatican City, May 2, 2019) – The Pope’s Worldwide Prayer Network presents The Pope Video for the month of May, in which the Holy Father addresses all Catholics, calling them to look to the African continent with hope. He also highlights the profound work of the Church, which, thanks to its capillary action, manages to reach the most remote locations, where neither governments nor non-governmental organizations can often have an impact.

As the African Bishops have already pointed out, and as is quoted in the Apostolic Exhortation Evangelii Gaudium, “there have been frequent attempts to make the African countries ‘parts of a machine, cogs on a gigantic wheel. This is often true also in the field of social communications which, being run by centers mostly in the northern hemisphere, do not always give due consideration to the priorities and problems of such countries or respect their cultural make-up.’”

Africa is home to 17.6% of the world’s Catholics, according to data reported in the 2018 Pontifical Yearbook. The Catholic Church in Africa is characterized by its dynamism: the number of Catholics grew from just over 185 million in 2010 to more than 228 million in 2016, which is a relative growth of 23.2%. The Democratic Republic of Congo has established itself as the African country with the greatest number of baptized Catholics, with more than 44 million, followed by Nigeria with 28 million; the numbers in Uganda, Tanzania, and Kenia are also significant and on the rise. Indeed, there has been a 3% increase in ecclesiastical circumscriptions in Africa, making it the continent with the greatest growth in demand for pastoral services. Of the 15 countries in which there has been the greatest increase in the percentage of baptized Catholics worldwide, four of them were on the African continent (Democratic Republic of Congo, Nigeria, Uganda and Angola).

In the words of Pope Francis, “The ethnic, linguistic, and tribal divisions in Africa can be overcome, promoting unity in diversity.”

The Holy Father asks that we pray during this month of May, which is especially dedicated to Mary, “that the Church in Africa, through the commitment of its members, may be the seed of unity among her peoples and a sign of hope for this continent.”

On his part, Fr. Frédéric Fornos, SJ, director of the Pope’s Worldwide Prayer Network (which includes the Eucharistic Youth Movement), emphasizes that “in order for the Church in Africa to be a seed of unity among all its peoples, the Christian community must live to a greater degree this unity in diversity, according to the desire of Our Lord Jesus Christ: ‘May they all be one’ (John 17:21).” This is what Francis says in Evangelii Gaudium, “The Joy of the Gospel”: “Signs of division between Christians in countries ravaged by violence add further causes of conflict on the part of those who should instead be a leaven of peace.” It is urgent that we seek paths of unity, given the grave divisions among Christians in the world, and particularly in Africa. A commitment to unity of Christians will help the Church in Africa to be salt and light for its continent, a sign of hope for the peoples. Let us, together with the Pope, thank the religious sisters, priests, laity, and missionaries “for their work to create dialogue and reconciliation among the various sectors of African society.”

The Pope’s Worldwide Prayer Network is a pontifical work with the mission of mobilizing Christians through prayer and action, in the face of the challenges confronting humanity and the mission of the Church. These challenges are addressed in the form of prayer intentions entrusted by the Pope to the entire Church. This work was founded in 1844 as the Apostleship of Prayer. It is present in 98 countries and is made up of more than 35 million Catholics. It includes a youth branch, the EYM: Eucharistic Youth Movement. In March 2018, the Pope constituted this ecclesial service as a Pontifical Work and approved its new statutes. Its international director is Father Frédéric Fornos, SJ. More information at: https://www.popesprayer.va