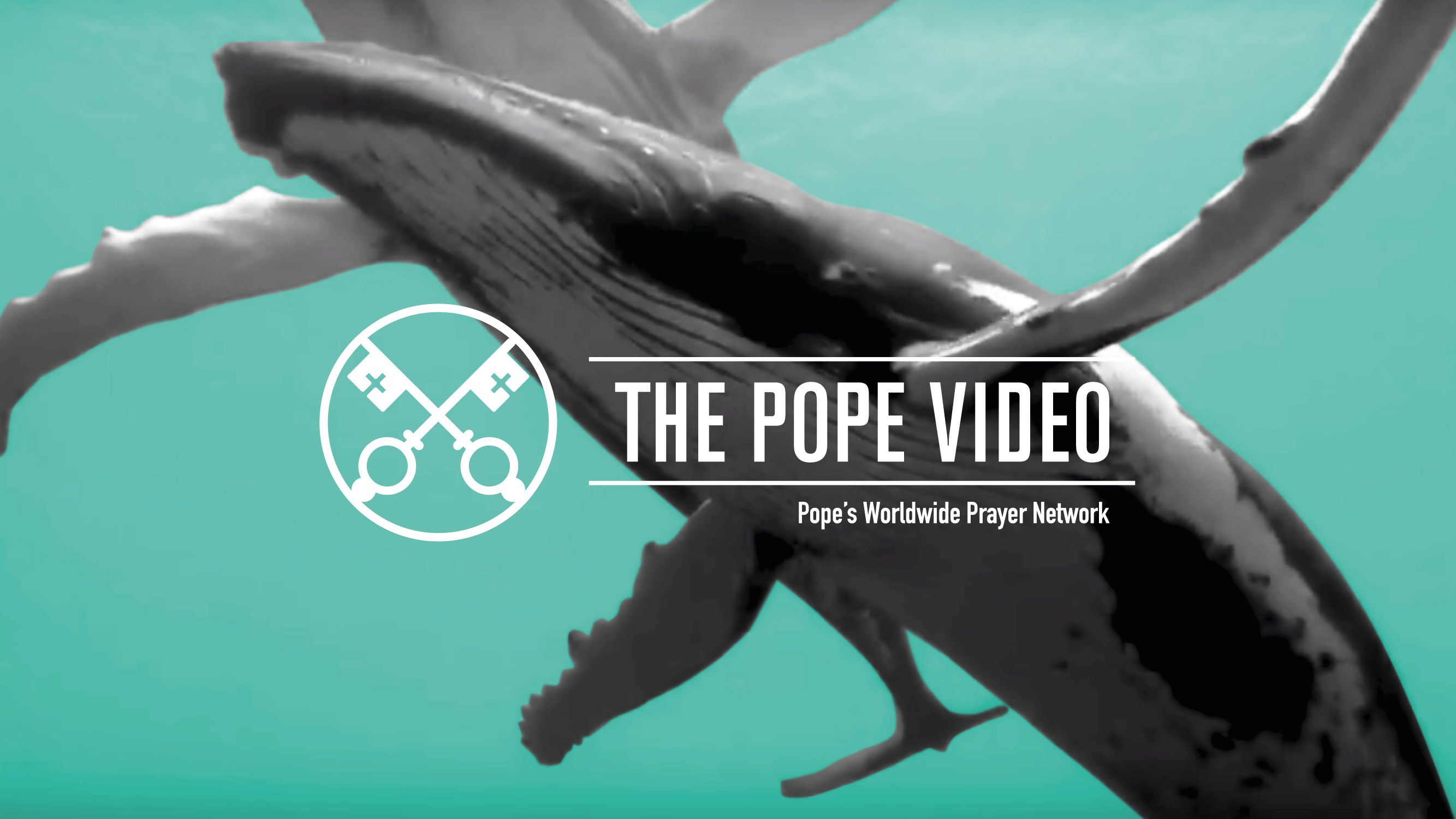 Pope Francis’ priority for this month

In The Pope Video for September, the Holy Father directs his prayer intention towards the protection of the seas and oceans, “many of which are threatened for various reasons.”

(Vatican City, August 31st, 2019) – In The Pope Video for the month of September, Francis calls our attention to the regions that “contain the bulk of our planet’s water supply, and also most of the immense variety of living creatures”: the seas and oceans. Worried by the current state of many of these waters, he asks all Catholics to pray and take action so that politicians, scientists, and economists will work together to establish protective measures.

This month’s The Pope Video is a co-production of Yann Athus-Bertrand and his Hope Production team, the La Machi – Communication for Good Causes media agency, and Vatican Media. Yann Arthus-Bertrand has a distinguished career as a photographer and cinematographer, and he has always focused on taking care of the planet and the oceans. Moreover, this video is launched within the inauguration of the Season of Creation, the annual global celebration that unites Christians from around the world. This year, it will run from September 1st to October 4th.

Currently, 13 million tons of plastic end up in the ocean each year, which cause—among other damage—deaths in 100,000 marine species. The gravity of the problem isn’t only the fact that most plastics remain intact for decades or centuries after their use. In addition, the plastics that do degrade eventually become microplastics, which many fish and other marine life end up consuming. This contaminates the worldwide food chain. In its “Sustainable Development Goals,” the UN has proposed various goals to counteract this situation, with the awareness that oceans provide fundamental natural resources such as food, medicines, biofuels, and other products. They also contribute to the molecular decomposition and elimination of waste and pollution, and their ecosystems act as buffers that reduce the damage caused by storms.

This month’s Pope Video talks about the grave challenge of protecting the oceans. Marine phytoplankton is responsible for the production of more than half of the planet’s oxygen; we could say that the oceans are one of the world’s lungs. In order to cope with the unfair management of the oceans, an “interdisciplinary approach” is needed, which cannot leave the human person out of consideration.

Fr. Frédéric Fornos, SJ, International Director of the Pope’s Worldwide Prayer Network (which includes the Eucharistic Youth Movement) recalls that last year, for the World Day of Care for Creation (#SeasonofCreation), on September 1, Francis called for the protection of marine ecosystems and said that “our active commitment is needed to confront this emergency. We need to pray as if everything depended on God’s providence, and work as if everything depended on us.”

Fr. Fornos said that during this month of September, Francis invites us all to pray and act to protect the oceans, and he especially calls Catholics to remember that “our solidarity with the ‘common home’ is born from our faith. Creation is a project of love given by God to humanity.”