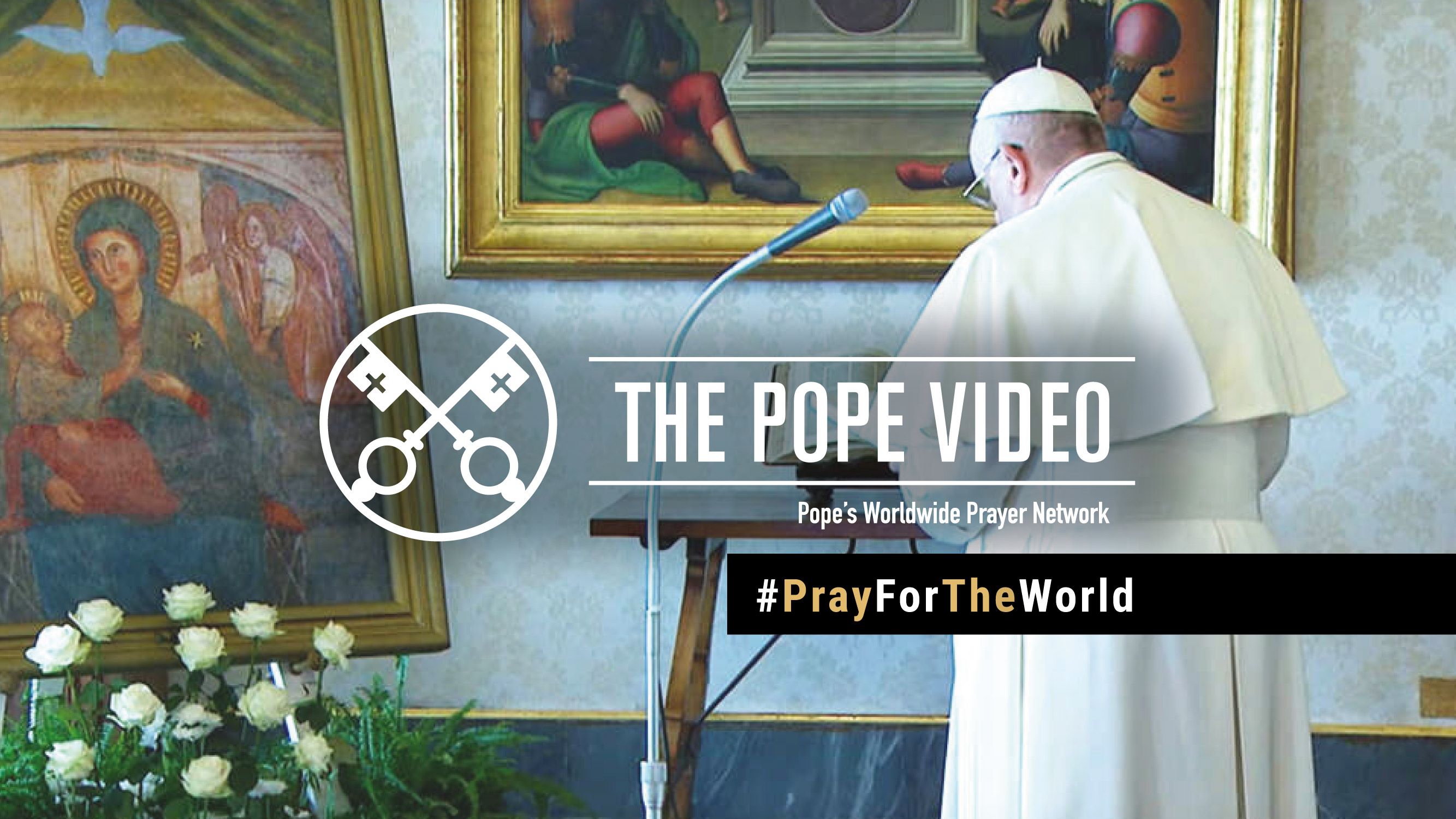 In a special edition of “The Pope Video“, the Holy Father asks us to pray for the sick and the suffering, while thanking all those who, united and regardless of their religious tradition or convictions, pray for those affected.

(Vatican City, 24 March 2020) – The Holy Father Pope Francis wanted to share a particular prayer message in a special edition of The Pope Video, in an initiative of the Pope’s Worldwide Prayer Network. In a context marked by the global pandemic of the COVID-19 virus, the Pope spoke last Wednesday, 11 March, to thank all those who pray in these difficult moments, regardless of their religious tradition. With a special emphasis on the sick and those who are suffering most, he asked that we all pray the prayer “Under Your Protection” to the Virgin Mary, imploring her protection:

“We seek refuge under your protection, O Holy Mother of God.
Do not despise our pleas – we who are put to the test –
and deliver us from every danger,
O glorious and blessed Virgin.

Since it broke out in late 2019, COVID-19 has spread to 162 countries and territories, infecting more than 290,000 people worldwide and causing more than 12,000 deaths so far.  This is why the World Health Organization declared on 11 March 2020 that the disease is already considered a pandemic.

Pope Francis is living these difficult moments for Italy and the world with faith and prayer. On the third Sunday of Lent, he prayed before the icon of the Salus Populi Romani to emphasize his closeness to those who suffer and to implore the special protection of the Blessed Virgin Mary. Later, on a pilgrimage to the site of the crucifix that was carried in procession to end the plague in Rome in 1522, he prayed for an end to the pandemic that is striking the world. During these days, he also implored the healing of so many sick people, remembered the many victims of these days and asked that their families and friends find comfort and relief.

For his part, Fr Frédéric Fornos S.J., International Director of the Pope’s Worldwide Prayer Network (including the EYM – Eucharistic Youth Movement), recalled that Pope Francis, besides praying every day for the end of the pandemic, invites people to mobilise particularly this week “with prayer, compassion and tenderness” with this special Pope Video on Tuesday 24th. On 25 Wednesday, the day on which we remember the announcement to the Virgin Mary of the birth of the Lord, he also invites “all the Heads of Churches and the leaders of all Christian communities, together with all Christians of the various confessions, to invoke the Most High and Almighty God” and to pray the Our Father at noon. Finally, the Holy Father announced a time of prayer and adoration of the Blessed Sacrament for 27 Friday, at the end of which he will give “the Urbi et Orbi blessing” with the “possibility of receiving a plenary indulgence”.

In this special and universal message of Francis, which he shared through The Pope Video, he also thanks “all the men and women of good will who are praying for this moment, all united, whatever the religious tradition to which they belong”.

The invitation to prayer can be followed under the hashtag #PrayForTheWorld. To pray with Pope Francis you can access his official prayer profile on the Click To Pray platform (website, app and social networks).  May the Lord help us these days to embody compassion in our daily gestures, in our closeness to lonely and exhausted people, in our gestures and through the means of communication we have at our disposal.