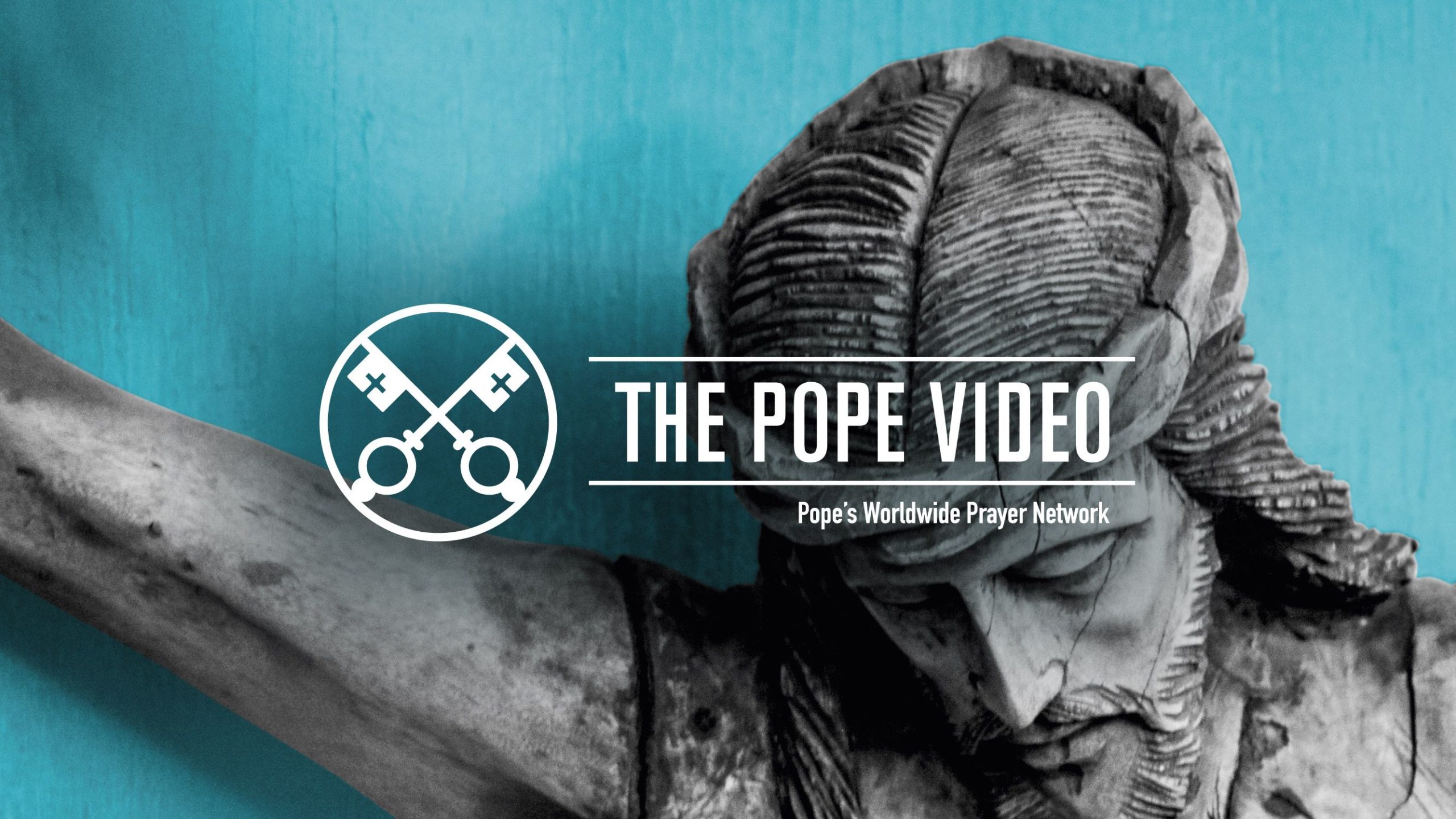 In June, the message of “The Pope Video” shares an intention full of compassion and tenderness: it asks us to pray for all those who are suffering, that they may find their way in life, allowing themselves to be touched by the Heart of Jesus.

(Vatican City, June 4, 2020) – While the pandemic continues to be present in many parts of the world, the Holy Father hasn’t forgotten about those who are passing through all kinds of difficulties, as he shows in the new The Pope Video for June. This month’s intention, published through this project of the Pope’s Worldwide Prayer Network (which includes the Eucharistic Youth Movement- EYM), invites us to pray “all those who suffer may find their way in life, allowing themselves to be touched by the Heart of Jesus.”

The Heart of Jesus has a long history. From the “pierced heart of Jesus” in the Gospel of St. John—interpreted in medieval mysticism as a wound that manifests the deepness of His love—passing through the revelations to St. Margaret Mary Alacoque in the 17th century and the later devotion to the Sacred Heart in the 19th century, arriving at the Divine Mercy devotion with St. Faustina Kowalska at the beginning of the 20th century. Pope Pius XII even wrote an encyclical about the Sacred Heart, Haurietis aquas (1956). Throughout history, there have been various inculturations of this devotion, with various forms and terminology, but always as a means for the Father to reveal the mystery of His Love to us in all its depth, through a privileged symbol: the living heart of His Risen Son. After all, “the Heart of Christ is the center of mercy,” says Pope Francis.

This year, we celebrate the centenary of Margaret Mary Alacoque, canonized on May 13, 1920, by Pope Benedict XV. It was with the help of Fr. Claude La Colombière, a Jesuit, that she made known the message that the Risen Lord had revealed to her regarding the depth of His Mercy. In 1688, six years after La Colombière’s death, Sister Margaret had a final vision in which, through Mary, the Lord entrusted to the Sisters of the Visitation and to the priests of the Company of Jesus the task of transmitting to the world the experience and understanding of the Sacred Heart. Two hundred years later, the Company of Jesus officially accepted this “most agreeable task” (munus suavissimum) with decree 46 of the 23rd General Congregation (1883) and entrusted it to the Apostleship of Prayer, which is today the Pope’s Worldwide Prayer Network.

Fr. Frédéric Fornos S.J., International Director of the Pope’s Worldwide Prayer Network, emphasizes that the devotion to the Heart of Jesus presents us with a mission of compassion for the world, and is the foundation of every mission: “The disciple whom Jesus most loved, the one who best knew the Heart of Jesus, who lay his head on his breast (Jn 13:23), was also the first to recognize the Risen Jesus on the shores of the Sea of Galilea (Jn 21:7). The closer we are to the Heart of Jesus, the more we perceive His joys and how He suffers for the men, women and children of this world; and we recognize that He is present today as He was in the past, working in the world. The closer we are to the Heart of Jesus, the less indifferent we are to those around us, desiring to commit ourselves with Jesus in this world, at the service of His mission of compassion.” Fr. Pedro Arrupe S.J. saw the essence of the devotion to the Heart of Jesus in the union of love with God and neighbor, and that is what he wanted to live: “Our way of acting is your way of acting.”

This Pope Video calls us to walk a path full of compassion that can transform our life and that of our neighbor, with the hope of drawing nearer to the Heart of Jesus.