The Pope Video is now in its fifth year. The Pontifex’s words will then be available in 23 languages, becoming increasingly “viral”.
The Pope Video was developed in 2016, originally in 9 official languages: Spanish, English, Portuguese, Italian, French, German, Dutch, Arabic and traditional Chinese. As time went on the project expanded considerably in scope and more languages such as Vietnamese, simplified Chinese, Polish, Swahili, Kinyarwanda, Catalan, Lithuanian, Slovenian, Hindi, Russian, Korean and Japanese were added as well. This year, to celebrate the fifth anniversary of The Pope Video, 2 further languages have been added, Filipino and the Mayan language Q’eqchi. 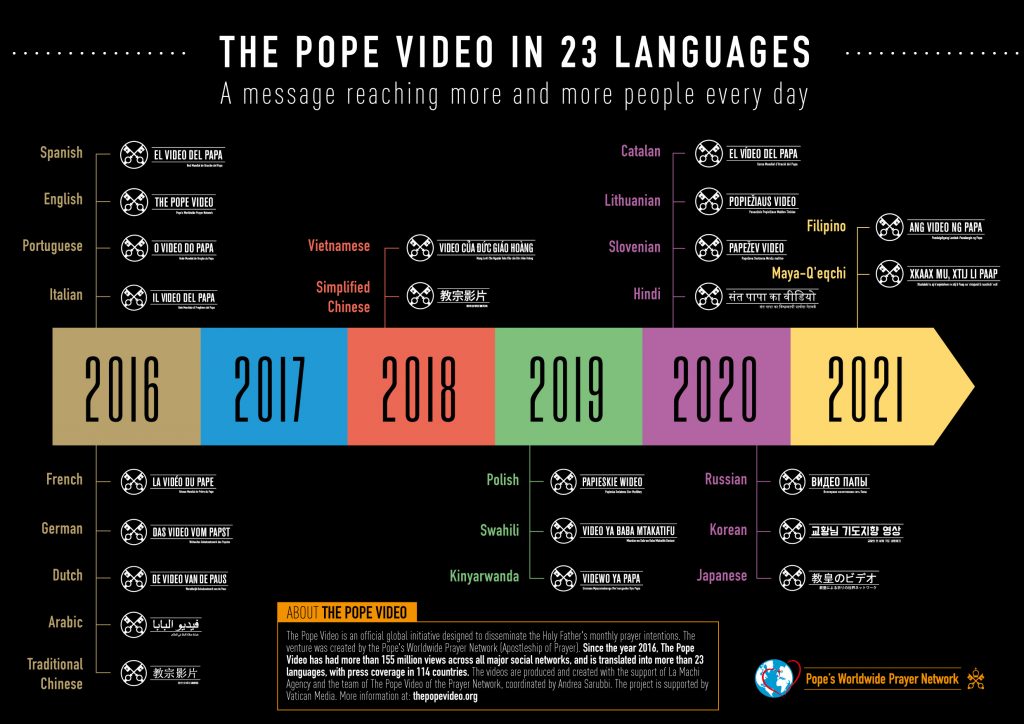 Cruxnow and Vatican News reported on this event.