AUDIENCE OF THE INTERNATIONAL DIRECTOR WITH THE HOLY FATHER 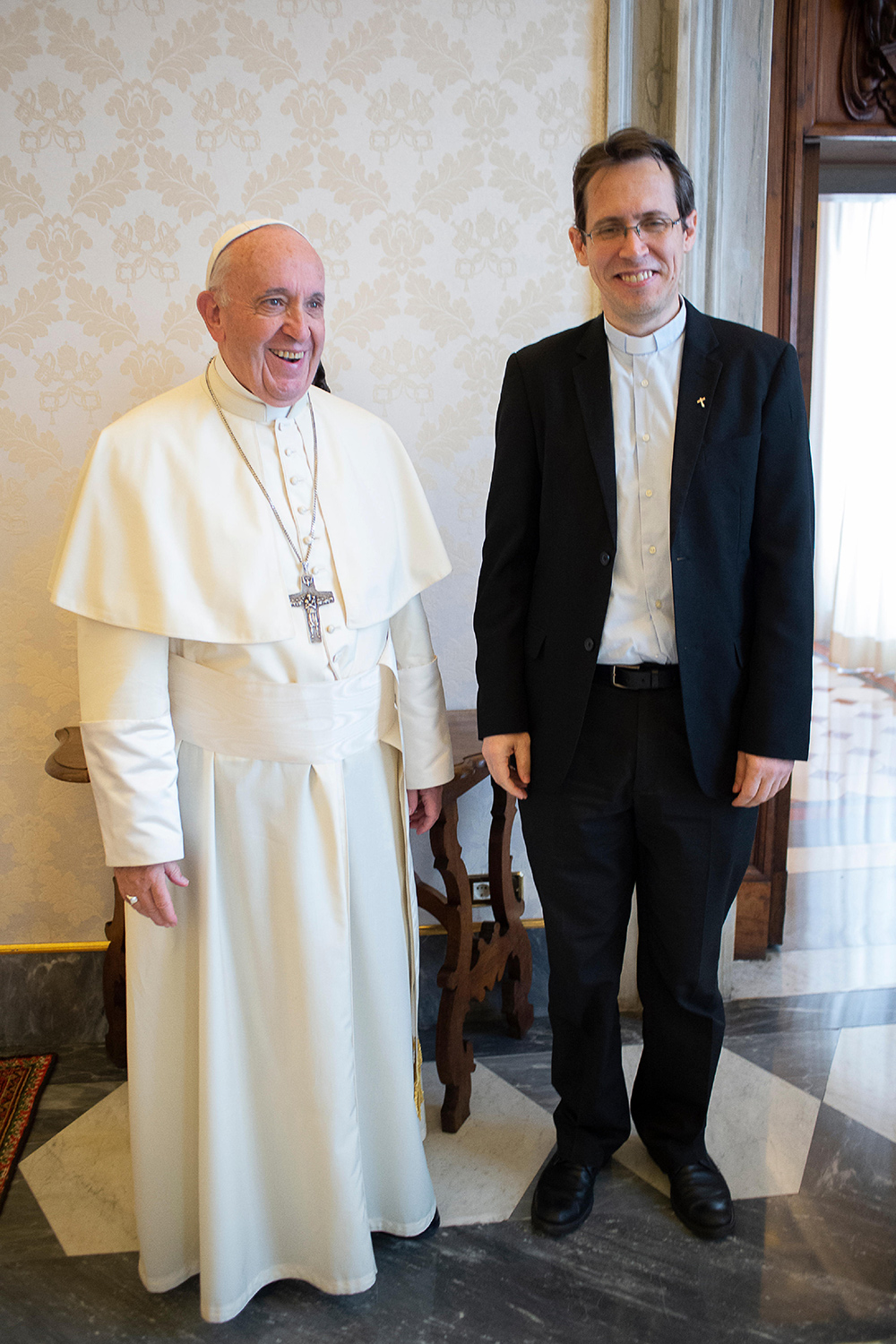 On Friday, August 31st I had a private audience with Pope Francis. We spoke about the entire process of the recreation of the Apostleship of Prayer as the Pope’s Worldwide Prayer Network. I presented to him the plans for the third stage of refoundation in relation to the parishes, groups, and communities. The Pope is happy and grateful for the recreation of this ecclesial service, now a Pontifical Work. We spoke of the importance of prayer for these challenges faced by humanity and the mission of the Church, supported in the Way of the Heart, a mission of compassion for the world. On the importance of prayer for the church, he noted that we need to teach a deep and simple prayer, not gnostic or intellectual. That fact that our proposal is lived out in relation with the spirituality of the Heart of Jesus seems good to him because it avoids the pitfalls of Gnosticism and Pelagianism, centering us in a personal relationship with Jesus, to his Heart. The Way of the Heart opens us to a mission of compassion for the world.

The Pope spoke about Gnosticism and Pelagianism in the Fifth Congress of the Italian Church in 2015, His words are taken up as well in the letter Placuit Deo of the Congregation for the Doctrine of the Faith.

I assured Pope Francis that the entire Pope’s Worldwide Prayer Network (including the EYM) is praying for him and for his mission through his prayer intentions.

The Pope asked me if we could pray for migrants in situations of slavery. He had spoken about this during his return journey from Ireland, on August 26, 2018, after having seen videos on the horrible situation of migrants in the hands of traffickers.  In opposing this barbarity, which we must denounce, prayer for these men, women, and children, who suffer so, is a way of rising from indifference and joining our hearts with theirs. As the Pope’s Worldwide Prayer Network, let us raise up this prayer. We are preparing a special prayer campaign.

Thanks for your generosity and service in this mission.