History of the Eucharistic Youth Movement

When in 1865 Pius IX asked Catholics, old and young people, to come to his aid, Fr. Cross, in Bordeaux (France), based on the idea that led Father Gautrelet, sj, to start the Apostleship of Prayer, called on the youth to support the Pope with their prayers, with hours of silence, sacrifices and communions.

The idea rapidly spread through the Colleges and Residences throughout the Catholic world. This is how the first children, known as “Crusaders”, entered into this dynamic of prayer and delivery.

The first International Congress was held in 1881 in Lille. By that time, the AP had already reached 100,000 members worldwide, including Thérèse of Lisieux, who was involved since she was 12 years old. 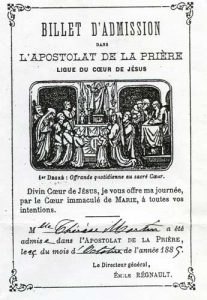 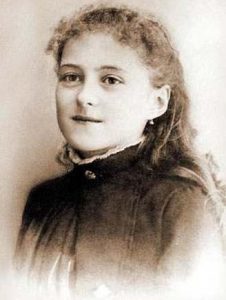 When St. Therese of Lisieux was scolded by her sisters for leaving her hospital room, at a time when she was very ill, she replied: “But I’m marching for a missionary”. St. Therese had joined the Apostleship of Prayer in her childhood, and this way of prayer that she had internalized at a young age, led her to be recognized later as the patron of missions, along with St. Francis Xavier.

Since 1910, under the influence of the new Decrees of Pope St. Pius X, the AP wanted to emphasize communion for children, and asked them to intercede for peace, at the time of war in Europe and later worldwide. In 1914, the International Eucharistic Congress of Lourdes expressed its fervent hope for “a great Eucharistic league of little ones who, from their childhood, would give rise to a general movement toward the Eucharistic Host”.

Encouraged by the Eucharistic Congress, groups began to organize. They were referred to as ‘Eucharistic Leagues’, then as ‘the Children’s Prayer Crusade’. A number of them joined the Apostleship of Prayer. It was at the heart of the Bordeaux Crusade, created on 13 November 1915 by Father Albert Bessières, SJ, and Geneviève Boselli, that the ‘Eucharistic Crusade’ really made its appearance. 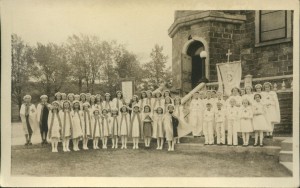 The change of name began in 1960. In that year, during the pilgrimage of the delegates of the Eucharistic Crusade from France to Rome, John XXIII avoided using the word “crusade” in his address, calling the group of pilgrims “children of the French Eucharistic Youth Movement”.

In 1962, the title ‘Eucharistic Youth Movement’ was officially recognized by the assembly of cardinals and bishops of France.

This was not just a name change, but also a renewal in pedagogy, which quickly spread to other countries.

«Special attention should be paid to children and youth who are in the Eucharistic Youth Movement, the current version of the classic Eucharistic Crusade». Speech addressed proposals to the Congress of National Secretaries of AP the year 1985 by John Paul II.

«The Company supports and promotes this pastoral service (the Apostleship of Prayer), that the Holy Father has entrusted, as also the Eucharistic Youth Movement». Decree on the collaboration of the laity in the mission of the General Congregation of the Society of Jesus, 1995.