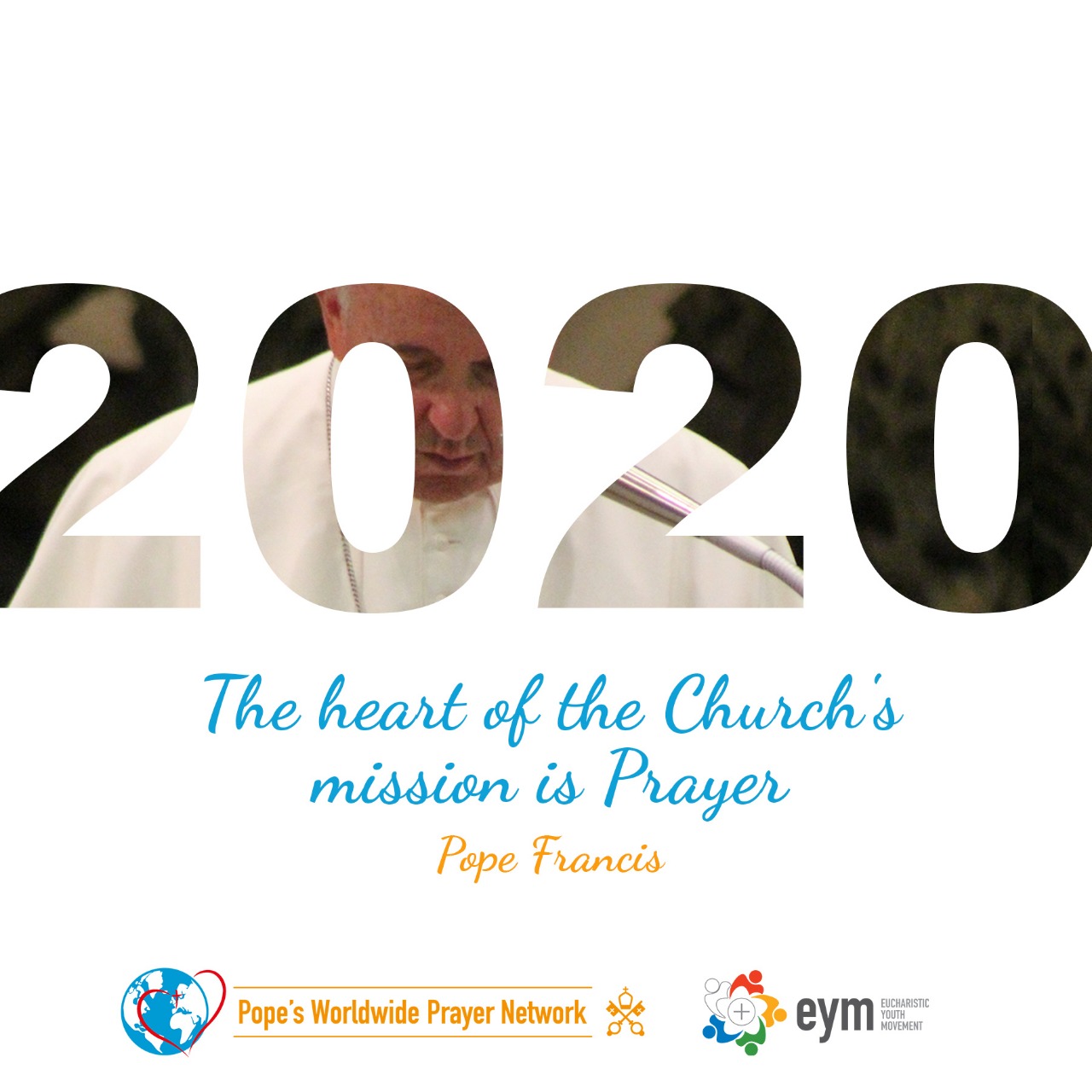 We can give thanks to the Lord for this wonderful year 2019. He has been our light and support. Let us remember to give thanks:

February: The Pope’s Worldwide Prayer Network is registered in the register of civil juridical persons of the Vatican State, with the number 49. The official logo with the Keys of St. Peter for the international office is approved by the Secretariat of State (February 18).

March: Launch of Click To Pray in traditional Chinese in Taipei, during the Eucharistic Congress, with more than 10,000 Catholics.

June: Celebration of our 175th anniversary at the International Meeting in Rome and a private audience with Pope Francis, which brings together nearly 13,000 people (nearly 6,000 from 32 delegations in the Paul VI Hall and 7,500 via Facebook Live), a Mass at St. John Lateran, a world meeting of directors and coordinators and an EYM gathering.

A time to give thanks to the Lord for these 10 years of re-creation of the Apostleship of Prayer and to recognise the fruits we are beginning to gather as the Pope’s Prayer Network, which includes the EYM. The Pope reminded us that our foundation is this mission of compassion for the world and that prayer is the heart of the Church’s mission.

September: production of The Pope Video with the French photographer, director and ecologist, Yann Arthus-Bertrand.

October: We participate in the Vatican, as the Pope’s Prayer Network, in the launch of the Extraordinary Missionary Month, together with the Pontifical Missionary Works.

Launch of Click To Pray eRosary, an evangelization project for young people in the high-tech world.

Let us give thanks to the Lord and ask him during this year 2020 to help us deepen the Way of the Heart, the foundation of our mission and the key to re-creation.

“God manifests himself in historical revelation, in history. Time initiates processes and space crystalizes them. God is in history, in the processes. We must not focus on occupying the spaces where power is exercised, but rather on starting long-run historical processes. We must initiate processes rather than occupy spaces. God manifests himself in time and is present in the processes of history. This gives priority to actions that give birth to new historical dynamics. And it requires patience, waiting”. Pope Francis