PRAYER INTENTIONS OF THE POPE 2017 – Clarifications 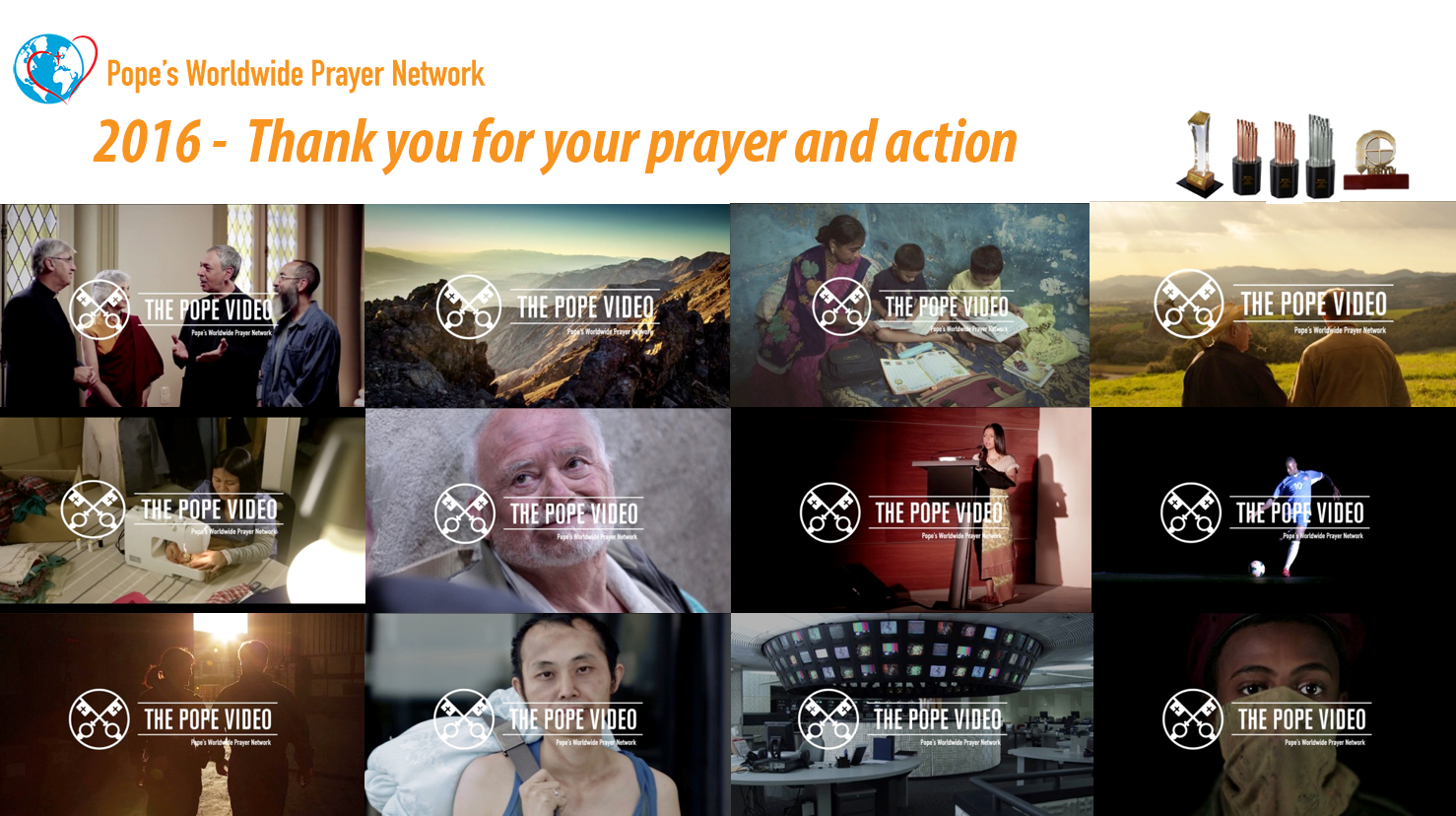 PRAYER INTENTIONS OF THE POPE 2017
Clarifications

Since 1879 the Pope has entrusted to the Apostleship of Prayer – today his Worldwide Prayer Network – his universal intention. In 1928 he added a missionary intention, known today as “for evangelization”. For nearly a century millions of Catholics around the world, united to the Heart of Jesus, have prayed every month for two prayer intentions of the Holy Father. And they not only prayed, but offered their daily lives for these intentions.

Since the eighteenth century, the time of the missions, the world has changed. The structures and means that were used and with which the Apostleship of Prayer developed –-necessary for the geographic distances and for the time required for printing bulletins and magazines—have evolved. Now, in our digital world without frontiers, with the immediacy of social networks and with the Pope’s proximity to all the media, new paths are necessary, even as we continue with our traditional and always fruitful print media. As we recall, with the Jubilee of Mercy, Pope Francis invited us to pray for “the intentions he carries in his heart for the good of the Church and of the whole world” (1). To this end, he supported from the beginning two projects of his Prayer Network: Click To Pray and The Pope Video.

Click To Pray is now the Pope’s official platform of prayer for the great challenges of humanity and the mission of the Church. It has more than 310,000 users, in Portuguese, Spanish, French and English language. In 2017 there will also be a version in German, Italian and Chinese.

The Pope Video received 7 prizes, the latest being the Bravo prize of the Spanish Episcopal Conference. It is published in 10 languages: Spanish, English, Portuguese, French, Italian, Mandarin Chinese, Arabic, German, Dutch and Hebrew.  It is diffused through the Vatican’s social networks, those that are proper to our service with The Pope Video (YouTube, Facebook, Twitter, WhatsApp) and those of the Secretary of Communication (News.va, Vatican Radio and its YouTube channel, The Pope App, etc.). More than 13 million people watch it in our Vatican network. During the Jubilee of Mercy, The Pope Video allowed Pope Francis to ask for prayer and action every month for his universal intention. This will change because in 2017 the prayer intentions will alternate: one month will be universal and the next month will be for evangelization.

Although the prayer intentions always concern the situation of the world and of the Church, they often seem too general and not sufficiently related to the present concerns of the Holy Father. This is because these intentions are prepared almost two years in advance: it is a long process of prayerful discernment and selection, where hundreds of proposals from the entire world are received, as well as from the various Vatican dicasteries and congregations . The International Director of the Pope’s Worldwide Prayer Network gives these suggestions to Pope Francis a year or more in advance and later the Pope send the official version. In this long process it is necessary to translate the intentions into the main languages, then to send them to the national directors of the network and to the bishops of the whole world, to publish them in various brochures and magazines, and to publicize them to all Catholic media, etc.  In order for the Pope’s prayer to be more current and closer his present concerns, in addition to the monthly intention, the Holy Father will propose at the beginning of the month another prayer intention that is more concrete, precise, current—an intention related to actual circumstances.

This year 2017 we have several changes. Beginning this month of January 2017, Pope Francis is entrusting us with one prayer intention for the whole month. The prayer intentions will alternate: one month will be universal and the next month will be for evangelization. In addition to the monthly prayer intention, which expresses challenges of humanity and of the mission of the Church that concern the Holy Father and for which he invites us to mobilize by prayer and action, he will propose at the beginning of the month (1st Angelus) a prayer intention for his immediate concerns, a “last minute” intention to get us out of the “globalization of indifference”.

The complete article is published in the MESSENGER – magazine of the Pope’s Worldwide Prayer Network in Spain.