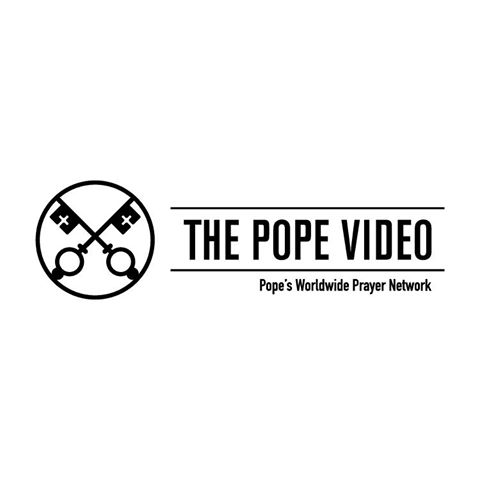 REGARDING THE VIDEO OF THE POPE

In the video launched January 6, 2016, an initiative of the Apostleship of Prayer, Pope Francis shared his universal prayer intention for dialogue between men and women of different religions.

Here is how it begins: “The great majority of the inhabitants of the planet profess themselves believers. This fact should encourage dialogue among believers.  We ought to pray unceasingly for this and work with those who think differently from ourselves”. These opening words recall the famous declaration of Nostra aetate of Vatican II. According to this declaration large numbers of people search in different religions for a response to the enigmas of the human condition and it calls upon the Catholic Church to adopt a fraternal attitude vis-à-vis all humanity whatever their beliefs ( Nostra aetate, 1 and 5). In the same way, Pope Francis makes the point that the majority of the human race consider themselves believers which ought to form the basis for dialogue among religions.  Furthermore, he invites us not only to pray for this intention but to “work with those who think differently from us”; as has been emphasized since Vatican II, this dialogue, among other things, can take the form of a “dialogue of works”, that is to say that it is carried out to a large extent through cooperation between believers who are disposed to work together for the common good.

This conviction in no way implies ignoring the divergences between religions: “many, says the Pope, think in differing ways, are affected by things differently, search for or meet God in diverse ways”.  In the video itself, one can see believers from diverse religions express themselves differently. To recognise this is not to succumb to relativism; clearly it is not a case of saying, from a Christian perspective, that all religions are of equal value. But it does, however, imply acceptance of and respect for religions in their diversity. The Second Vatican Council made this point forcefully; sincere and loyal adhesion to the Catholic Church should not prevent recognition of the rights of all persons to profess and practise their own religion (provided that this is done with due respect for the other), and this right to religious liberty is based on the dignity of the human person ( Dignitatis humanae, 2 and 4).

In any case, whatever the divergences at the level of beliefs and religious doctrines, there is a certain number of fundamental values to which all believers must adhere for the simple reason that they are values essential to the good of humanity, such as justice, peace, or the preservation of our “common home”. Moreover, the Pope declares that “we have a single certitude in common: we are all children of God”.  Indeed, the Second Vatican Council says that members of the Church, “have become children of God by faith and baptism” ( Sacrosanctum concilium, 10), but earlier, it spoke of the “scattered children of God” (ibid.,2) leaving us to understand that the expression “children of God”, could apply, in an extended sense, to every human being, as someone created by God ( even if, through union with Christ in the Church, one is called child of God “ in all truth”- according to Lumen Gentium, 48).  Even more, it insists that the grace of God is operative in the heart of “all persons of good will”,  and it goes as far as to say that “ the Holy Spirit  offers everyone, in a way known only to God, the possibility of being associated with the Pascal Mystery”.(Gaudium et Spes, 22).  Pope Francis, therefore, can say “we are all children of God” without in any way calling into question the uniqueness of our son-ship resulting from faith and baptism.

Now to be a child of God is to “love” and to live “out of love”, (since the very life of God is characterized by love). There are, in all the religions, men and women who can say (as can be seen in the video): “ I believe in love”. We have here a certitude shared by the believers of every religion. It is not a matter, it must be insisted, of relativizing the divergences between religions: Pope Francis himself has made this point in his apostolic exhortation, The Joy of the Gospel, in denouncing a “conciliatory  syncretism” and reminding us  that “ genuine openness implies holding firm to our most deeply held convictions” ( No 251). But divergences must not justify unwillingness to recognise what believers of different religions share or ought to share – their commitment to the good of humanity, and more than that, their capacity for love. In any case, this same apostolic exhortation asserts that inter-religious dialogue must be characterized by “an attitude of openness in truth and in love”, that it is a necessary condition for peace in the world” and that, as a consequence, “it is a duty of Christians, as it is of other religious communities”. (ibid, No 250)

In this light, one can understand the prayer intention formulated by Pope Francis at the end of the video: “That sincere dialogue between men and women of different religions produce fruits of peace and justice”.  This prayer is more necessary than ever.  We must call on the Spirit, in spite of the trauma and tragedies that afflict our common humanity, to inspire men of good will- whatever their religion- to meet with one another, to speak together, to make common cause against every form of injustice or violence, and to work for justice and peace and so ensure the preservation of our “common home”.

Michel Fedou, a French Jesuit, is Professor of Dogmatic Theology, former President of the Centre Sevres, a member of the “Groupe des Dombes”, one-time member of the French Episcopal Council for interreligious relations and new religious trends. He specializes in patristics, Christology, Trinitarian theology, ecumenism and the theology of religions.