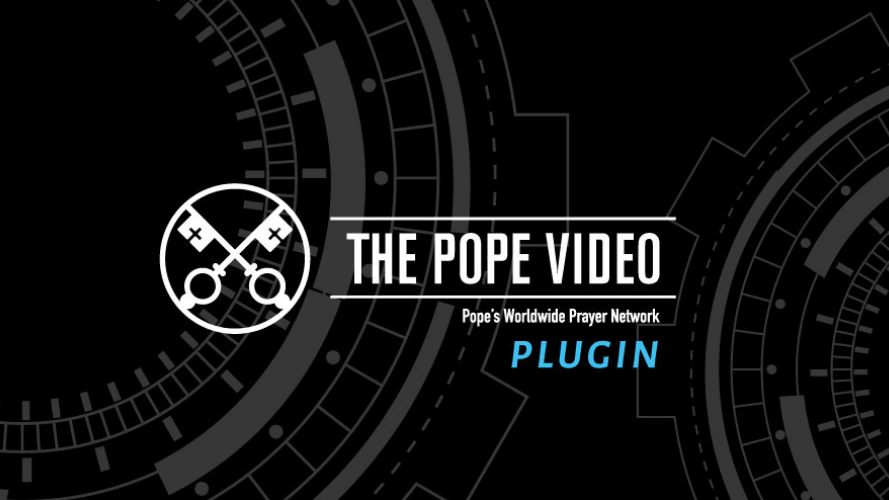 From today you can download the new Pope Video Plugin for free: a new tool to quickly and easily configure every edition of The Pope Video to your website.

What is the new Pope Video Plugin?

This new function is another step to help the Holy Father spread, to various communities, his monthly prayer intentions which he entrusts to the entire Catholic Church through the Pope’s Worldwide Prayer Network.

This tool is an add-on for Catholic websites developed with WordPress which allows you to share The Pope Video quickly and easily. No longer will long and complex codes be required to upload each edition.

From now on, by installing The Pope Video Plugin once on any web page developed with WordPress, the most recent published video will play automatically and will be followed by videos from previous months. In addition, it is perfectly functional with multi-lingual sites, as the plugin is available in 5 languages: English, Spanish, Italian, Portuguese and French (and work is being done to launch it in even more languages).

By installing this plugin, each website will automatically be updated with the latest edition of The Pope Video, without the need to upload it monthly, thus saving a lot of web management time.

The Pope Video is an official global initiative to disseminate the Holy Father’s monthly intentions. It is carried out by the Pope’s Worldwide Prayer Network (Apostleship of Prayer). Since the year 2016, The Pope Video has had more than 150 million views across all its social networks, and is translated into more than 20 languages, receiving press coverage in 114 countries. The project is supported by Vatican Media. More information at: The Pope Video

The Pope’s Worldwide Prayer Network is a Pontifical Society, with the mission of mobilizing Catholics through prayer and action in response to the challenges facing humanity and the mission of the Church. These challenges are presented in the form of prayer intentions entrusted by the Pope to the entire Church. The foundation’s mission is inscribed in the dynamic of the Heart of Jesus, a mission of compassion for the world. It was founded in 1844 as the Apostleship of Prayer. It is present in 89 countries and is made up of more than 22 million Catholics. It includes a youth branch, the EYM: Eucharistic Youth Movement. In December 2020, the Pope constituted this Pontifical Society as a Vatican Foundation and approved its new statutes. Its international director is Fr. Frédéric Fornos, SJ. For more information, visit: https://www.popesprayer.va 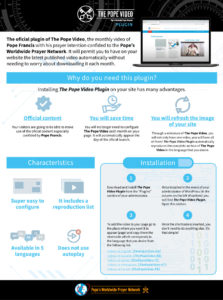