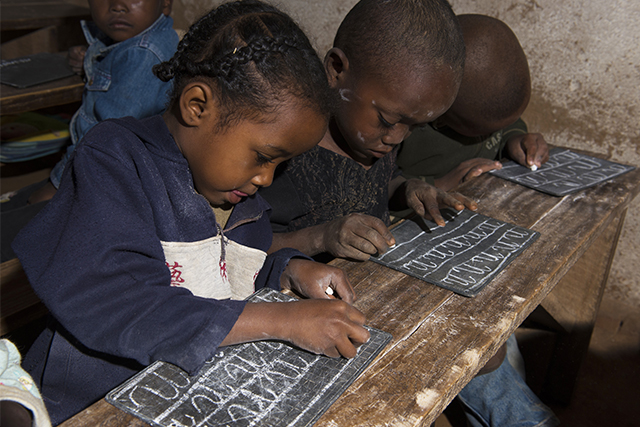 Let us pray that young people in Africa may have access to education and work in their own countries.

[…] Above all, it is the youth who need your witness: young men and women look to us. In Africa, the future is in the hands of the young, who need to be protected from new and unscrupulous forms of “colonization” such as the pursuit of success, riches, and power at all costs, as well as fundamentalism and the distorted use of religion, in addition to new ideologies which destroy the identity of individuals and of families. The most effective way to overcome the temptation to give in to harmful lifestyles is by investing in education. Education will also help to overcome a widespread mentality of injustice and violence, as well as ethnic divisions. The greatest need is for a model of education which teaches the young to think critically and encourages growth in moral values (cf. Evangelii Gaudium, 64). An important component in this educational process is the pastoral care of students: in Catholic or public schools there is a need to unite academic studies with the explicit proclamation of the Gospel (cf. Evangelii Gaudium, 132-134).