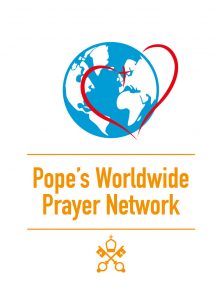 In December 2020 the Holy Father established the Pope’s Worldwide Prayer Network as a Pontifical Foundation as a canonical and Vatican legal entity. It is a document signed on November 17. In 2018, Francis had instituted the Pope’s Prayer Network (Apostleship of Prayer, Eucharistic Youth Movement) as a pontifical work to emphasize the universal character of this mission and to mobilize Catholics through prayer and action, in the face of the challenges confronting humanity and the mission of the Church (Pope’s prayer intentions).

This new juridical structure, as the Vatican Foundation (with “canonical and Vatican juridical person”), is more suitable for our mission, and will facilitate it. It does not change anything of our mission as we live it in the 98 countries where the Pope’s Prayer Network is present, nor for our youth branch, EYM.  However, it will help us for a better synergy with the Dicasteries, Congregations and other services of the Holy See.

The Statutes refer to the General Regulations. It will be available soon.